I was ready, well past ready really, to have my own raft. My crew that day was a set of four thick-bodied men wearing gold jewelry. They had not bothered to take off their gold watches, saying "it's waterproof". They said they were "bean counters" from New York, and would not explain to me what a bean counter was. That was our bad beginning. 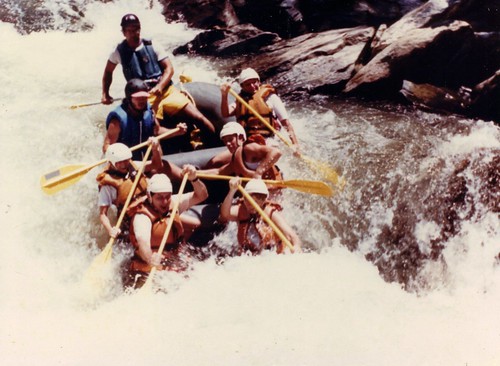 In the history of psychology, Freud wished to squeeze everyone into his Oedipus myth theory wherein the child falls in love with the parent of the opposite sex and, out of jealousy, wishes to eliminate the parent of the same sex. Jung responded that this was Freud's own personal psychology, which he projected onto all of humanity. In Greco-Roman and other mythologies, there are dozens of other archetypal myths describing child-parent relationships that have no connection whatsoever with the mythic pattern of Oedipus. Have these other myths no descriptive and diagnostic value? If so, why not? Freud also believed religion was a pathological illusion and, with typical disdain, he treated it as such. More than likely he was in revolt against his own past personal delusions of a religious nature.

-Eugene Pascal, Ph.L., from "Jung to Live By".
Collapse