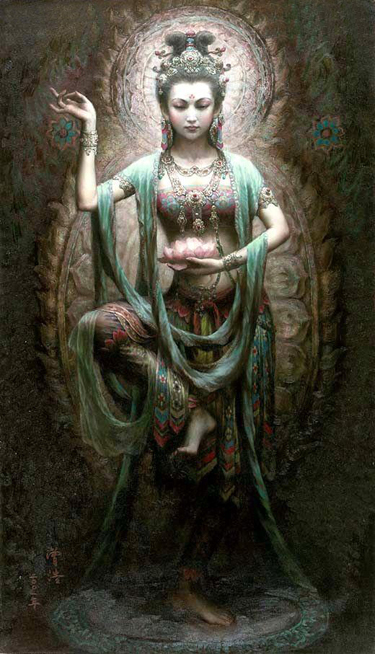 My kitten is named Shakti, for the feminine divine. In Hindu mythical imagery she is usually pictured as a voluptuous female human, often with four arms, sometimes with a sword, sometimes riding a lion. Shiva is the masculine divine, the blue guy wearing leopard or tiger fur, with a snake in his hair or around his arm. The cosmic union (or sacred marriage) of the two is often seen as one person, half blue god and half brown goddess....though sometimes the images are more sexually explicit, with Shakti sitting in Shiva's lap, his legs folded in lotus while hers are wrapped around him. No explicit sexual images here, but I did find some interesting stuff.
( Collapse )

The flow was about 2,800 and Larry and I floated 9 miles from a state park down to a county park called Barton. There were many class II rapids, but not many eddies, and only a few surfable waves. The day was cloudy and warm. Hardly anybody was out there in boats, but there were quite a few fishermen along the shores. We saw a fawn swimming across a channel, lots of blue herons, a few ospreys, lots of Canada geese. It was nice to be on the water again. The next 6 mile section downstream is called Barton to Carver and is even easier than the section we did.
Collapse