Think lightly of yourself
and
deeply of the world.

"Rats and roaches live by competition
under the law of supply and demand;
it is the privilege of human beings to live
under the laws of justice and mercy."
--Wendell Berry

and I thought my posts were being cross posted to here, but they were not.  My apologies, I didn't even check.  My life is over-busy, and I wish for more quiet time, fewer interruptions, less activity.  How to do it?  I am not sure.  I'm 55 years old now and so I figure my time is already half spent or more... What was it that I wanted to do with this life?  Have I done it?  Am I still doing it?  This is debatable and deserves a great deal more thought.  Given that only death is certain and the time of death uncertain, what should I do?

I hope you are well and that you know your priorities and choose accordingly!

“The state of flow, like the path that bears its name, is volatile, unpredictable, and all-consuming. Flow feels like the meaning of life for good reason. The neurochemicals that underpin the state are among the most addictive drugs on earth. Equally powerful is the psychological draw. Scientists who study human motivation have lately learned that after basic survival needs have been met, the combination of autonomy (the desire to direct your own life), mastery (the desire to learn, explore, and be creative), and purpose (the desire to matter, to contribute to the world) are our most powerful intrinsic drivers—the three things that motivate us most. All three are deeply woven through the fabric of flow. Thus toying with flow involves tinkering with primal biology: addictive neurochemistry, potent psychology, and hardwired evolutionary behaviors. Seriously, what could go wrong?”

—Steven Kotler in The Rise of Superman; Decoding the Science of Ultimate Human Performance, p158, in Ch10 entitled The Dark Side of Flow.

It's been nine months since I posted here?!  That tells me I'm overbusy.  I generally post when I have time to reflect and no time for reflection is bad.

We're just back from a Middle Fork Salmon self-support trip.  Self-support means we were in kayaks and canoes and carried all our gear and food for a week in the wilderness in our boats.  I like that better than going with rafts that bring "the kitchen sink" and many other things that are truly unnecessary.  It was a good trip though the water was very low due to the megadrought in the West.  We only had one night of bad air quality due to wildfires.

Not a lot has changed at the home base.  Covid meanders on.  I'm still wearing a mask to work in the clinic, which stinks but I've gotten used to it.  I have a new job, doing remote lab interpretation.  I still have a patient every now and then for my private naturopathic practice.  It's plenty.

I'm still working on an assortment of writing projects.  I write articles for the local canoe club and for American Whitewater now, about safety on the river.  I have several different books in brainstorm/outline form.  That form can persist for years, but once I have all the points I want to make arranged in the right order with all the supporting documentation the writing part goes pretty quickly.  I've yet to be published in book form.  Somebody is going to publish my stuff though, because it's good and there's a lot of it fomenting.

Kitten is dead.  My beloved wild feline finally gone.  I just returned from a trip and felt the usual worry about her, wanting to see her when I got back.  All that was there waiting was a house full of old smells and some photos which I cried over.  She was with me for many years. 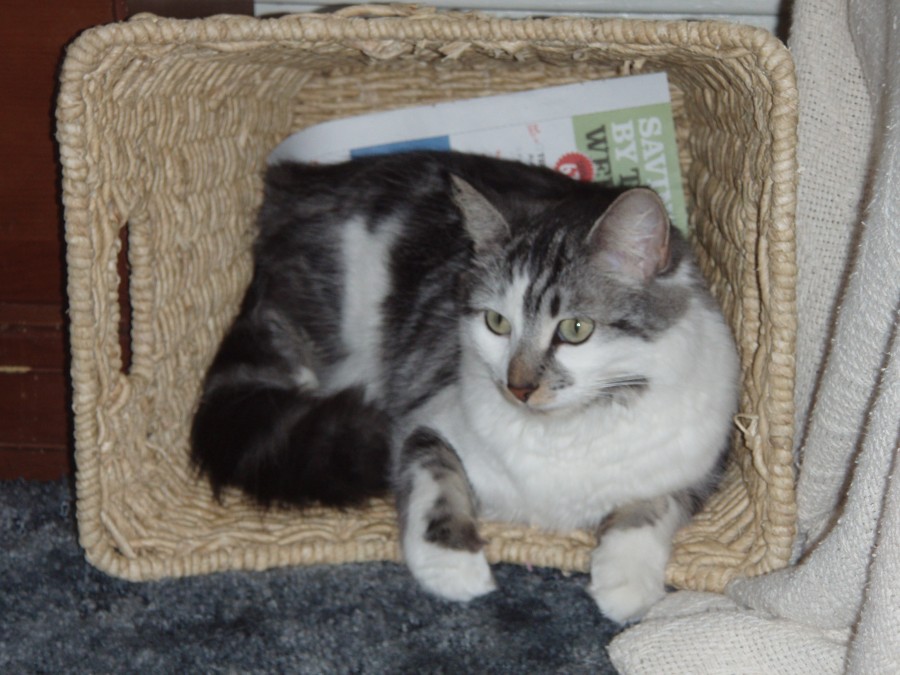 I've been interested in human xenophobia (which I think is instinctive) and race and class warfare since I become politically aware some time in my 20's.  The more I study the less I know, other than that people naturally cling to those who are like them and mistrust those who are different.  Other than that humans are more emotional than rational.

Human xenophobia is functional in an evolutionary sense: members of a tribe are far more likely to have survived in the past, hence we are biologically wired to be tribal in this way.  Without even knowing we do it, we will dehumanize those who we do not like or trust, those who look and sound too different.  Once we have placed someone in a "not like me" category, it becomes OK to treat them badly, even kill them.  This instinct is difficult to manage in modern society.  Our founding documents speak of "domestic tranquility" but we have precious little of that in these interesting times.

The Wolverine Watchmen is a newer group that became active in response to efforts to flatten the pandemic curve in Michigan, and in response to the president's exhortations to "liberate Michigan" from the Covid-19 sparked lockdown.  Trump has repeatedly attacked Michigan's Governor in speech and writing, making the target quite clear.

The Wolverine Watchmen of Michigan intended to kidnap the Governor Gretchen Whitmer, and to put her "on trial" for treason.  How they think that their version of a trial will be more just than that agreed upon by broader society speaks to their ignorance and isolation.  They want to form "a society that followed the U.S. Bill of Rights and where they could be self-sufficient".  I can understand that, though their methods leave a great deal to be desired.

The WW website has been deleted.  Their social media activity revealed particular concern about taxes, gun control and the "Deep State".  Michigan is also home to the Boogaloo Bois who, like other Boogaloo groups are focussed on fomenting civil war.

Thirteen people were arrested by the feds for two separate plots on the Governor.  The arrests include 7 members of the WW.  They wanted to use bombs to blow up police vehicles and storm the Capitol with 200 men.  The militia leader and others were charged with "threat of terrorism, gang membership, providing material support for terrorist ats, and possession of a firearm in the commission of a felony".  I presume that the feds waited until they had ample evidence to bust the militia because the last federal case again a militia in Michigan ended poorly for the feds in 2012 when all seven defendants were cleared.

One young member of the arrested WW group talked about sending a bomb to the governor, saying "I just wanna make the world glow, dude," "we're just gonna conquer" everything and it will all "have to be annihilated".  Comments like this do not suggest that this young man in particular has any ability to think critically or to comprehend what the law or the rest of society might have to say about his ideas.

An expert named Amy Cooter (Vanderbilt U) estimates that there are 24-36 similar militia groups in Michigan with the potential for violence.  Michigan's militias are the envy of armed groups nationwide.  Most of them are law abiding and predominantly interested in protecting what they believe are constitutional rights.  They may not start out racist but they could easily end up that way in an environment of racial tension and with the influence of social media, which has increased collaboration between white supremacy and conspiracy groups.  Talk of inciting a civil war is becoming more common especially by the militarized portion of Trump's base.

Meanwhile the president has been stoking fear about the next election.  I suspect that when he loses he'll do his best to invalidate the election.  He'll use these thugs to tie up law enforcement efforts, and sue to stop a vote count in some battleground state.  From there he expects that a conservative-stacked supreme court will make him POTUS for a second term, from which platform he'll be trying to keep the office for life.

This story is just the beginning of the intended violence, and it is not the anti-fa that is plotting it.

An intellectual is someone who's discovered something more interesting than sex.

I think,
therefore I am...
confused.

--Benjamin Hoff in The Tao of Pooh

“If you’ve got a heart at all, someday it will kill you.”

Living in an urban area I, like many, exercise in the park.  I was doing so before the pandemic started and I have continued.  My local park is big and beautiful and is seeing a higher level of use now that the gyms are closed.  It feels safe and reasonable except for one thing: the runners who brush past on the paved trails.  They are too close; many runners are making no effort to distance from others who use the same trails.  This is not good enough.

Runners, please run farther away from the other people who use public trails.  In most cases you can run off trail to give people, especially elders, a wide berth.  Consider it part of your workout.  Elders are much less able to avoid you than you are to avoid them.  Running up behind people does not give them an opportunity to avoid you.  There are sections of trail that are restricted in width--you can choose different routes.  Some runners have taken to running on sidewalks and side streets to avoid too-close pedestrians.  This is reasonable and appreciated, and might make it possible for you to enter that thoughtless consciousness that some runners enjoy.

If you are young or Republican and "not worried" about the virus, that does not make it acceptable for you to frighten or expose others.  A certain amount of kindness is expected just because you are part of the human family.  Thoughtlessness and selfishness are not admirable, and I don't think anyone wants to be that way.  We all have the potential to be better than that, to be conscientious and caring in our interactions with each other.  So please, runners, take the extra steps to let all people have a minimum of six feet distance, no matter who they are.  I for one thank you for this kindness.